Nicholas Vazquez leads and speaks to members of a symbolic ‘die-in’ at the Gainesville City Hall on July 27, 2021.

Embarking on an 800-mile walk across the state of Florida, Nicholas Vazquez is a 23-year-old climate activist using unconventional tactics to raise awareness for climate change. Vazquez arrived in Gainesville on July 27, one of nine stops on his journey to Tallahassee. He has just reached the two-month mark for the walk, which began on April 22 out of Miami, Florida. Upon his arrival to Gainesville, Vazquez organized and spoke to activists on the steps of the Hippodrome Theater before hosting a more demonstrative protest at the Gainesville City Hall.

Just after 6 p.m. on July 27, Vazquez stood at the steps of the theater in a woven pair of brown slippers reading off a black iPhone to a small, but enthusiastic, crowd of supporters. Vazquez spoke candidly about his experience with Extinction Rebellion, a UK-based climate organization that he represents, and his expectations for the walk across the state, including the need for Governor Ron DeSantis to declare a climate emergency. Among the issues Vazquez wanted to call attention to were crop failures, water shortages, sea level rise, increased carbon emissions, deforestation in the Amazon Rainforest and global temperature elevations, at one point exclaiming, “Siberia is on f—ing fire!”

Many of Vazquez’s words about the urgent need for climate action were met with affirmation and small chants from the group of around 15 supporters who had gathered around the steps of the theater. Following the conclusion of Vazquez’s statements, the group organized themselves with various signs and posters demanding action and marched for four blocks north on Southeast First Street until reaching the Gainesville City Hall. Many of these signs and materials were supplied by Anne Hemingway Feuer, a member of Extinction Rebellion who had driven to Gainesville from Miami in order to hear Vazquez speak. Feuer credits her environmental activism as one of the ways she overcame her depression about the environment and pointed toward the value of motivating others in the fight for climate awareness.

Later in the evening at the Gainesville City Hall, Vazquez and a handful of supporters partook in a symbolic ‘die-in’, collapsing on the steps and front lawn of the building after reading an imagined climate-change-related cause of death. Though only certain members of the group participated in the act of lying down and ‘dying’, others placed flowers to memorialize the symbolic deaths and outlined the bodies lying on cement in various sticks of chalk that were distributed. Although no city officials or the mayor of Gainesville appeared at the event, Vazquez remains hopeful that his tactics will create the necessary impressions across both local and state governments. In 2019, Vazquez and other Extinction Rebellion activists successfully convinced Miami Mayor Francis Suarez to declare a climate emergency, and Vazquez is expecting a large amount of publicity and coverage upon his arrival and hunger strike in Tallahassee.

To continue following Nicholas’ journey across the state please visit https://xramerica.org/walk-with-nick/, and make sure to follow Cinema Verde’s social media outlets! Nicholas will be in Gainesville until July 30 and is looking to connect with the people of Gainesville during his last few days. On August 10th, 2021, Nicholas will be in Jacksonville, Florida, beginning his March Against Treason to the state’s capital and hopes many people will join him on the trek along I-10. 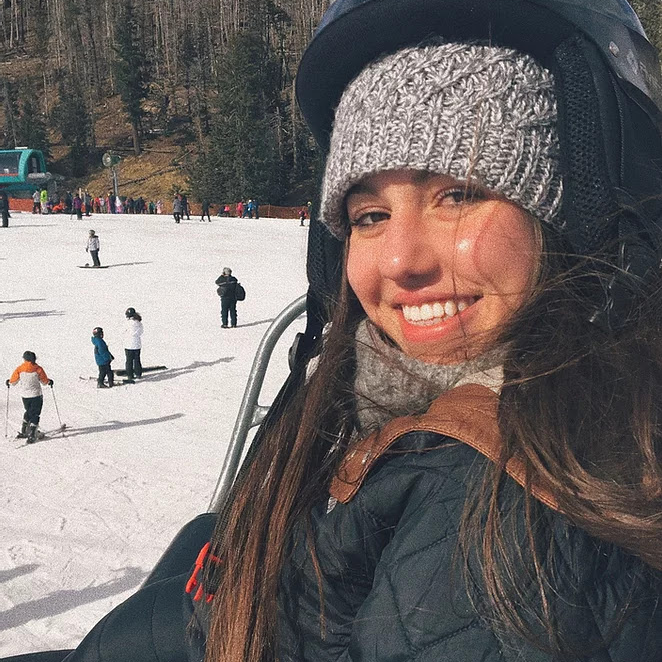 Thunberg blamed world leaders for failing to halt the climate emergency and for creating “loopholes” that allow ecological destruction to go unchecked. “It has not only become acceptable for leaders to lie – it’s almost what we expect them to do.”

Activism
By
News Feed
There is a war on nature. Dom Phillips was killed trying to warn you about it

“…this made him a 21st century war correspondent as well as a witness to a crime that probably led to his death. Dom was no activist. He was a journalist’s journalist, who wanted to find out what was happening and share it with everyone who might be affected. In this case, all of us.”

As we mull the fate of the planet, let’s face it: Women care more about climate change and the environment than men do. At least that’s what they tell pollsters. A large body of national research has documented this gender gap — not a huge divide but one durable over time.

Christian, Muslim and Jewish leaders joined United Nations officials on Monday in urging financial institutions to stop bankrolling activities that are driving climate change, including ending support for new fossil fuel projects. Leaders of the World Council of Churches, Muslim Council of Elders and New York Board of Rabbis signed onto a statement that said banks, pension funds and insurance firms had a “moral imperative” to not contribute to climate change because of the threat it poses to future generations of life on earth.

“We need the cultural sector and the creatives to help us imagine our way out of the crisis,” she said. She also wants to educate philanthropic organizations on climate justice to help get more money to frontline communities. Her goal is to make sure every pocket of society is fighting the climate crisis. “Everyone should have ‘activist’ on their C.V.,” she said.

No items found.
No items found.
A Community, Fighting
The Story of a Forest
Confessions of an Eco-Terrorist
Among Giants
The Green Amendment: New Mexico, Part One
TripleF***
The Great Divide
Jetty Cats
In His Own Home
L’eau Est La Vie (Water Is Life): From Standing Rock To The Swamp
Still River, Silent Jungle
The Pleasure of Killing Bugs
Sounding the Alarm ~ America's Climate Crisis
The Wisdom To Survive: Climate Change, Capitalism & Community
CO2? CO-Nee!
Resilience
Caught in Quicksand
The Invisible Mammal - The Bat Rescuer
Voices of Transition
A Whale's Worth
Heimat - Requiem For The World As We Know It
A Low Carbon Future for China’s Furnace Cities