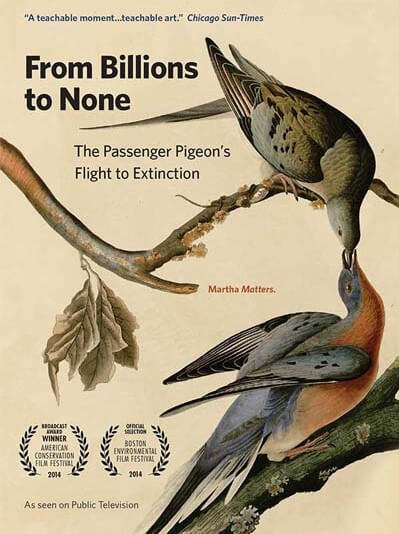 This film reveals the compelling story of the unlikely extinction of the passenger pigeon and explores the pigeon’s striking relevance to conservation issues today, such as the alarming depletion of shark species worldwide. For centuries, the sleek long-distance flier was the most abundant bird in North America and perhaps the world. On September 1, 1914, Martha, the last passenger pigeon in captivity, died in the Cincinnati Zoo, marking the end of the species, and the upcoming centenary of the extinction event.