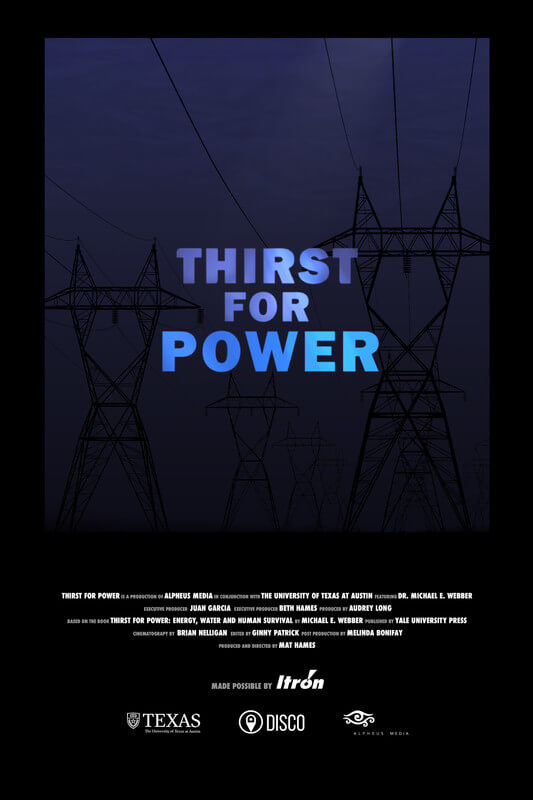 Filmed across France, California, and Texas, the film traces the history of civilization's quest to procure abundant water and energy — from ancient Roman aqueducts in Europe to modern America’s vast hydroelectric infrastructure. In the modern world, water and energy are the two fundamental components of a society, and they are interconnected. The film explores our dependence on water for energy as well as the huge vulnerabilities in our current systems, exacerbated by climate change. The documentary is adapted from Dr. Michael E. Webber’s book Thirst for Power: Energy, Water, and Human Survival.